The MHA Race of the Week series highlights the most pivotal statewide races and issues for Election 2020. The series is designed to provide hospitals and healthcare advocates with the resources they need to make informed decisions on Election Day.

If approved, this measure would amend the state Constitution to provide more flexibility in how revenue from oil, gas and mineral state-land lease royalties are allocated for environmental protection, the development and maintenance of parks, nature areas and public recreation facilities.

If approved, this measure would add protections into the state Constitution to require a search warrant to access a person's electronic data or electronic communications.

The Citizens Research Council of Michigan, a well-respected, independent, nonpartisan public policy research organization, currently has available on its website three excellent analyses of each statewide ballot proposal. Each analysis provides an in-depth look at how the proposals will impact Michigan residents, free of any support for one side or another.

The MHA has not taken an official position on either of the measures that appear on the Nov. 3 ballot. However, statewide ballot proposals serve an important role in public policy by putting the power to approve or reject changes to Michigan’s Constitution or state law in the hands of voters. For that reason, the MHA encourages voters to learn more about each proposal to make informed decisions on Election Day.

View both sides of the ballot before submission, as ballot proposals often appear on the back side of a ballot.

The MHA Race of the Week series highlights the most pivotal statewide races for Election 2020. The series will provide hospitals and healthcare advocates with the resources they need to make informed decisions on Election Day, including candidates’ views and background.

This week’s MHA Race of the Week provides information on one of the most critical general election races: the Michigan Supreme Court. This judicial body is the cornerstone of Michigan’s legal system and is responsible for the general administrative supervision o 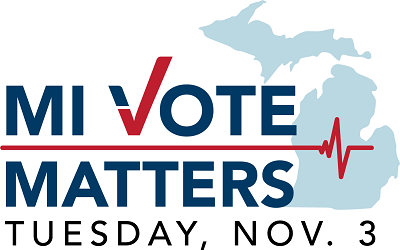 f all courts in the state. Every year, the Michigan Supreme Court reviews more than 2,000 cases, and its role in the application of law is crucial to Michigan residents. The decisions of these leaders often impact the community directly, as seen with recent rulings against Gov. Gretchen Whitmer’s executive orders related to COVID-19.

Chief Justice Bridget McCormack was elected to the Michigan Supreme Court in November 2012 and became Chief Justice in January 2019. Prior to serving on the Supreme Court, she was a law professor and dean at the University of Michigan Law School. For more information, visit bridgetmarymccormack.com.

Elizabeth Welch has a 25-year legal career as an attorney serving individuals, nonprofits and small businesses specializing in employment law.  She previously served as vice president of the East Grand Rapids Public Schools Board of Education and president of the Michigan League of Conservation Voters. For more information, visit welchforjustice.com.

Mary Kelly has served over 30 years as a prosecutor in St. Clair County, while also having experience in private practice as a general practitioner with emphasis on domestic matters, civil litigation and criminal matters. She also has previously served on the Mercy Hospital Finance Board. For more information, visit marykellyforjustice.com.

Judge Brock Swartzle was appointed to the state appeals court by Gov. Rick Snyder in 2017 and won election in 2018. Prior to that, Swartzle was chief of staff for the speaker of the Michigan House of Representatives, as well as general counsel for the House, where he worked on numerous legal and policy issues, including the Detroit bankruptcy settlement package. For more information, visit brockforjustice.com.

The Michigan Supreme Court may consider cases that have significant implications for medical liability laws that the healthcare community fought to have enacted in the 1990s. These laws established reasonable limitations on noneconomic damages, more specific criteria for expert witness testimony, and other common-sense measures that made liability insurance more affordable and significantly reduced frivolous lawsuits that were increasing healthcare costs and impeding doctors. The reforms allow scarce resources to be directed toward patient care and new staff recruitment rather than into the legal system. Erosion or elimination of these reforms would return Michigan to the medical liability crisis experienced in the 1990s, rather than allowing the state to move forward as a national center of excellence for healthcare.

The MHA typically favors a more conservative-leaning Michigan Supreme Court to support preserving medical liability reforms, since an unfriendly liability climate hinders hospitals’ ability to recruit and retain physicians, particularly in rural communities and urban centers and in certain specialties such as obstetrics/gynecology.

The MHA Race of the Week series highlights the most pivotal statewide races for Election 2020. The series will provide hospitals and healthcare advocates with the resources they need to make informed decisions on Election Day, including candidates’ views and background.

This week’s MHA Race of the Week highlights the U.S. Senate race between Michigan’s Democratic incumbent Sen. Gary Peters and Republican John James. Like all states, Michigan is represented by two senators in the upper chamber of the U.S. Congress, which, along with the U.S. House of Representatives, serve as the nation’s legislative body. In addition to lawmaking duties, the Senate is responsible for the ratification of treaties and the confirmation of Cabinet secretaries, Supreme Court justices, federal judges and other executive officials, and ambassadors, among others. Michigan’s other Senate seat is held by Sen. Debbie Stabenow and is not up for election this year.

Peters was first elected to the U.S. Senate in 2014, following his service as an elected official in the U.S. House of Representatives, the Michigan Legislature and local-level politics. Peters won election for the seat vacated by the retirement of Democratic incumbent Carl Levin. During his time in Congress, Peters has supported a variety of healthcare issues, including voting for the Affordable Care Act (ACA) while serving in the U.S. House of Representatives and, more recently, advocating for a variety of COVID-19 relief efforts through his role as Ranking Member of the Senate Homeland Security and Governmental Affairs Committee. Visit petersformichigan.com for more information.

James is currently president of the family-owned business James Group International. He is a graduate of West Point and served for eight years as a Ranger-qualified aviation officer in the U.S. Army. This is his second time running for elected office. He seeks to reform aspects of the ACA, while protecting people with pre-existing conditions. In 2018 James lost to Democratic incumbent Sen. Debbie Stabenow. For more information, visit johnjamesforsenate.com.

Collectively, Congress is responsible for a number of lawmaking and budgetary decisions critical to Michigan’s healthcare community and residents. In addition to setting the course on federal funding that impacts Michigan’s Medicare and Medicaid populations, among other issues, Congress is responsible for making policy decisions that can vastly impact the delivery and access to healthcare in the state, as well as confirmation of Supreme Court nominees. Due to the major financial and policy decisions made in Washington, DC, Michigan relies on its federal officials to advocate and protect the needs of state residents, which is why electing healthcare champions to federal offices is so important.

The MHA and the American Hospital Association have been significant supporters of U.S. Sen. Gary Peters. He has proven to be a healthcare champion since 2008 when he first began serving in Congress and carried those values over to the Senate. The current Senator’s years of service to Michigan’s hospital community were recognized in summer 2020, when he received the MHA Special Recognition Award as a gesture of appreciation for protecting healthcare access for Michigan residents.