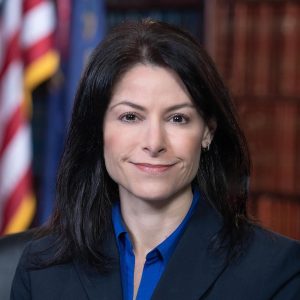 Incumbent Democrat Dana Nessel is a former Wayne County Assistant Prosecutor and civil rights attorney. As Attorney General, Nessel pursued the financial settlement with opioid manufacturers and distributors which will eventually bring more than $700 million to Michigan to treat and combat opioid addiction. The Attorney General is also actively working on implementing the Clean Slate Act of 2021, which expands on the types and numbers of offenses that can be expunged from a person’s record allowing for more opportunities for education and employment. The Attorney General’s role in the expungement is to determine whether an applicant is statutorily eligible to have the conviction(s) expunged from their record.

Prior to elected office, Nessel served as president of the Fair Michigan Foundation, an organization dedicated to advocacy, education and outreach regarding LGBTQ and men’s and women’s civil rights in Michigan. She is a graduate of the University of Michigan and Wayne State University Law School and litigated several major LGBTQ rights cases before the Michigan Supreme Court before being elected. For more information, visit dananessel.com. 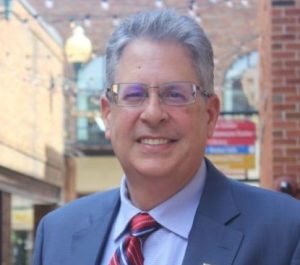 Republican Matthew DePerno is a tax attorney and conservative activist. He is a graduate of the University of Michigan and Detroit Mercy School of Law. DePerno is most widely known for his claims of fraud in the 2020 election and subsequent attempts to obtain voting machines and initiate a forensic audit. Those efforts are currently under investigation but remain the core message behind his campaign. For more information, visit depernoformi.com.