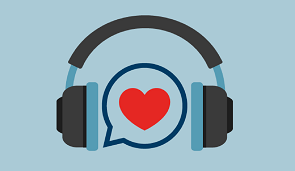 The MHA released another episode of the MiCare Champion Cast, which features interviews with healthcare policy experts in Michigan on key issues that impact healthcare and the health of communities.

On this episode, Laura Appel, executive vice president of government relations and public policy at the MHA, discusses the upcoming general election which will set the stage for critical healthcare decisions for Michigan and the nation in the years ahead. Appel explains how voting directly impacts healthcare in Michigan and outlines details on this year’s candidates and ballot proposals.

The episode, currently available via Spotify, YouTube, Apple Podcasts and SoundCloud, also explores examples of past and present legislation that have had a lasting impact on healthcare, along with key dates to keep in mind ahead of Election Day.

The MHA MI Vote Matters 2022 election webpage provides the latest information about the election. Members are encouraged to use #MIVoteMatters to join the election 2022 conversation on social media and follow along for the MHA’s Race of The Week series to learn more about candidates and ballot proposals.

The MiCare Champion Cast is part of the statewide #MiCareMatters campaign, launched in 2017, which aims to build a network of citizens — “MiCare Champions” — who will be called upon to engage in advocacy efforts to protect access to affordable healthcare services in Michigan.

Members with questions or who would like to submit ideas for future podcasts should contact Lucy Ciaramitaro at the MHA.