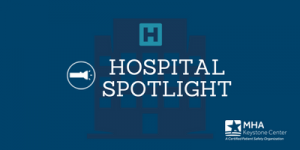 Sepsis is a condition characterized by life-threatening organ dysfunction in response to an infection. Patients who develop sepsis are at high risk for complications and death, in addition to having higher healthcare costs. Sepsis is a leading cause of mortality and morbidity in hospitalized patients. Hospitals are required to report compliance with what is known as the sepsis bundle as a core sepsis measure. 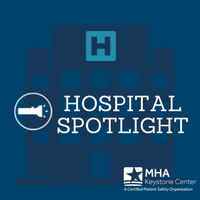 The team first established that the primary goal would be to improve early identification and intervention in severe sepsis and septic shock for patients in the emergency department. To begin the move toward achieving this goal, the team collaborated with the emergency department manager and medical director to review cases where sepsis had not been initially identified. Upon the release of the Ascension Sepsis Toolkit, a multidisciplinary team was formed to create a formal plan to confront the issue.

Sepsis protocol and outcomes remain a regular topic at clinical department staff meetings. As a result of interventions taken by Ascension’s sepsis team, sepsis bundle compliance improved from 66% at the end of calendar year 2018 to an average of 79% through Q2 of 2019. The overall sepsis mortality ratio dropped from 3.88 in August 2018 to 1.48 in April 2019.

Through focusing on the key concepts and integration of evidence-based guidelines, Ascension St. Joseph was able to improve patient outcomes. Since the guidelines were put in place, the hospital has been able to gradually improve its compliance with the sepsis core measure. As opportunities are sought to further improve its scores, Ascension St. Joseph hopes to implement a standard sepsis order set on the inpatient units as well as to research and develop a plan for pediatric sepsis.