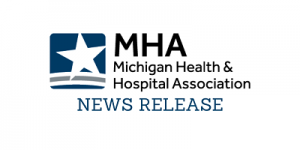 Based in greater Lansing, the MHA advocates in Michigan and Washington, DC, on behalf of healthcare providers and the communities and patients they serve. The MHA is a nationally recognized leader on initiatives that protect and promote quality, cost-effective and accessible healthcare. To learn more, visit www.mha.org or follow the MHA on Facebook and Twitter.